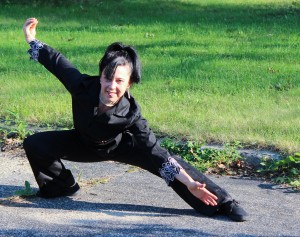 Robin Bonazzoli spent her childhood through high school unable to participate in athletics because of structural problems with her feet. Though her shoes were designed regularly to mitigate her disability as she grew, it remained painful for her to stand. This difficulty and subsequent health issues inspired Robin’s journey to become an athlete through concentrated study in meditative exercise arts. At the age of 16, Robin entered deeply into the world of meditation through Transcendental Meditation.

A few years later, when Robin started an undergraduate research project at Albert Einstein College of Medicine in New York, she moved into a neighborhood frequented by street gangs.  For self-defense purposes, she joined the medical school’s Tae Kwon Do and Hapkido club, taught by Master Ron Depinho, M.D., a top disciple of Korean Grandmaster Ik  Jo Kang.  This was the beginning of her eight years of hard style martial arts training (in Tae Kwon Do, Shotokan Karate and Shaolin Kung Fu) in the various places in which she lived, including three years with Master King Lam of New Orleans. She had discovered that while she was in motion her feet didn’t hurt. During this phase, at the urging of a chiropractor who had diagnosed Robin’s painful back spasms to be the result of her congenital vertebral fusion, she trained for two years at the Northampton Massachusetts Pilates studio of Mary Bowen, a disciple of its founder Joseph Pilates. From this point on, she worked intensively to keep her spine and other joints aligned, flexible, strong, and relaxed.  Robin would carry into her later martial arts and qigong practice the importance of fully embodying your physical structure and breathing to avoid pain. (Interestingly enough, the isometric and breath training of Pilates was derived from those principles in Chinese martial arts and yoga.) 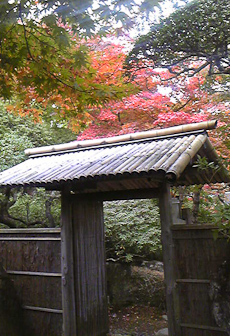 In Japan of 1992, physically debilitated, immune compromised and with chronic fatigue from a serious bout with typhoid (at first misdiagnosed) two years earlier while living in Mexico, Robin came upon former Soto Zen monk Arnold Yoshihiro Miyagawa, then senior instructor of All Japan Soft Style Martial Arts Federation.  She trained under him as a disciple until 2000–in Chung Nan tai chi and hsing I descending from Taoist Master Wang Hsu Chin, and in Yang family tai chi, both of which included martial applications, weapons and a moving qigong set. In addition, a key practice of the Chung Nan lineage was yi chuan, a form of still-standing martial qigong postures, which enabled Robin to restructure her feet and to eliminate the pain from them once and for all.  In addition to training in movement, Robin was mentored by Miyagawa Sensei in meditation and in the philosophical principles underlying tai chi, particularly in the ancient Chinese cosmological text “I Ching”, astrology and other Taoist and Buddhist works. At the close of this apprenticeship, Robin served as assistant instructor in tai chi and was then granted teaching permission.   During this time Robin also completed the basic program in the medical qigong system of Master Mantak Chia. “Qigong” is also spelled “chi kung” or “chi gong.”

Since arriving back in the United States Robin has continued her training in Yang style tai chi in Boston’s Chinatown with lineage holder Master Vincent “Fong” Chu and Master Gordon Chu.

Over the past 2 decades, Robin has become a teacher in her own right in tai chi, qigong and mediation as well. She has studied and received certification to teach self-practice healing qigong and to give treatments through 13th generation Grandmaster Master Wei Zhong Fu’s Sino-Tibetan Emei Chan Qigong and  Master Wen Wei Ou’s Pangu Mystical Qigong. She has also completed the Medical Qigong Practitioner (MQP) course through the International Institute of Medical Qigong. The system taught at the Institute includes self healing and treatment protocols established in China at the Medical Qigong College at Hai Dian University that have  shown to have superior clinical efficacy at Xi Yuan Medical Qigong Hospital in Beijing.

Robin is continually expanding her philosophical and practical knowledge of qigong, and how to teach it. Since 2008, Robin has added to her repertoire a broad array of teachings from: the Sheng Zhen qigong system of former, renowned Beijing martial arts coach Master Li Jun Feng, and martial (iron shirt and other) qigong of Grand Master Mantak Chia of Thailand.  In autumn of 2010, Robin had the privilege of receiving special training in Taoist spiritual qigong with Abbess Zhang, Ming Xin at the main monastery of Jian Fu Palace which she presides over on Qing Cheng Mountain, Chengdu, China. Abbess Zhang is the 20th generation lineage holder of the Long Men Sect of Reality Taoism, and Deputy Director of China Taoist Association. In 2011 Robin returned to China to be accepted into the Long Men Sect as a qigong disciple of Abbess Zhang.