What is Tai Chi?

Tai chi is a moving meditation exercise comprised of slow and graceful wavelike forms.  One of the eight branches of Chinese longevity medicine, tai chi encompasses the limb of healing physical exercise that teaches a return to natural postural alignment, movement and breathing, resulting in meditative depth and body-mind-spirit healing.   The fact that this movement art has survived to the present through oral transmissions from the original 12th century forms conveys its supreme worth and efficacy.

As you relax with mind intention into the tai chi structure, you feel rooted into the earth’s electromagnetic forces. And, like catching a wave to surf, currents seem to lift, support, and move you through tai chi’s alternating wave patterns of soft forward force and powerful receding ease (yang and yin respectively) bringing you into slow and rhythmic full-bodied breathing that feels like you are inhaling vitality directly into every cell of your body. The spiraling of the torso and limbs, specific to tai chi movement, gently opens your joints and wrings the stress from deep within internal organs, relaxing everything into its proper place to heal you from the inside-out and bring you toward structural integrity. The result is balance, agility, strength, stamina, vitality and flexibility, mind-body-spirit interconnectedness: a slowing of the aging process, reversal of disease and cultivation of bliss. 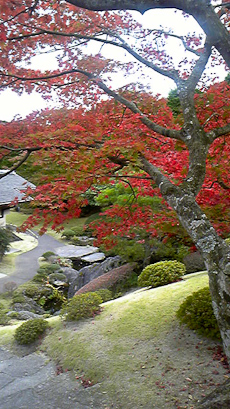 How long will it take me to experience tai chi’s benefits?

Tai chi attracts students from a broad spectrum of: ages, athleticism, health conditions and background in meditation arts. You start from where you are, and progress from there. Benefits can be apparent from the outset. Because tai chi employs the mind to guide the body into merging with the universal life force energy, regular practice is vital for healing changes to hold. Gaining the gifts from tai chi can be likened to brewing tea. If you keep taking the pot off the stove, there will never be enough heat/energy to bring the water to the boiling point which is necessary to infuse the tea leaves into delicious tea.

Where does tai chi come from?

There is a certain mystique and many oral histories surrounding the emergence of the healing exercise art of tai chi. Here, I present a commonly told history…

Tai chi arose from various sources, a primary one being the Chinese martial arts: dance-like forms and fighting games derived from the movements of animals in nature during the hunt  in attack or in retreat. A medical philosopher Hua Tuo is generally credited with creating the earliest martial systems for health and sport, known as the animal games.

Meanwhile, Buddhist meditation had made its way from India to China through Master Bodhidharma, 28th generation lineage holder of a line stretching back to Lord Buddha. Oral histories note that the Bodhidharma bestowed on the priests of the Shaolin Monastery both sitting meditation techniques and a health system of structural integration known as the muscle-tendon changing classics, which he created for those monks whose physcial bodies had declined due to such focus on the spiritual life.  His meditation and exercise method may have merged with the animal games as a basis of what would become Shaolin kungfu.

Finally, it is told that a kind of Chinese yoga used for thousands of years by those in search of enlightenment and immortality known today as Taoist Qigong, would again enjoy a renaissance in the 12th century.  An adept in both Shaolin kungfu and Taoist qigong, Zhang Sanfeng is often credited with creating the first tai chi form of 72 moves from his observation of a bird attacking a snake.

Today, people of all religious and spiritual traditions practice tai chi for health and for the clear, expanded and peaceful state it brings to their respective practices of prayer or meditation.  And, there are still classes offered through direct lineages which teach the advanced martial aspect of this ancient art.